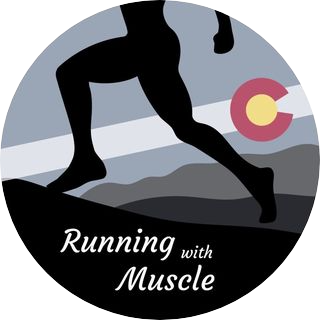 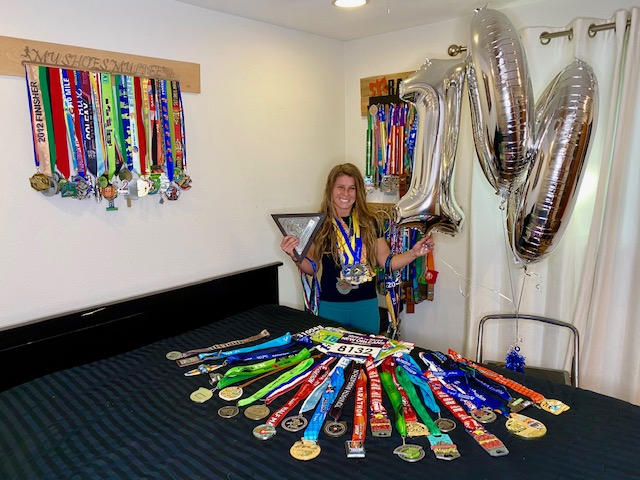 Karly Wilson started running in high school when she needed an outlet to help her deal with personal issues; she loved the camaraderie with the school’s team and found the exercise itself to be cathartic and the runner’s high therapeutic. She developed a love for the sport, and that carried her to run longer and longer races.

Karly’s first marathon gave her a sense of empowerment—she had chosen the race as something to do for herself, not for anyone else, and, during the run, she felt more and more rewarded by each mile slipping successfully under her feet. Owning the ultimate achievement of completing the marathon gave her the pride in accomplishment to sign up for more and more races.

Eventually, Karly got paid to run—through sponsorships from various national brands. She was running sub-3:30 marathons and training by running 70 to 80 miles each week. In her head, she was striving for the ultimate “runner’s body,” the physique of a “successful runner” she’d imagined for years. The training miles seemed to be the only way to achieve it.

But injuries plagued her. Karly began to have IT band issues and hip flexor strain that felt to her like a tear. The injuries changed her cadence, which in turn meant her mile splits weren’t to target. Continuing to just pound out the miles was putting stress on her body and her goals in ways she hadn’t expected.

That’s when CrossFit came in. Karly and her coach had been researching ways to train while reducing threat of injury, and they discovered Chris Hinshaw’s and Valerie Hunt’s theory of endurance training: ditch the miles and use the gym to optimize the body’s abilities. She decided to give it a try.

Karly joined CrossFit Undeniable in Colorado in 2012, ten years after she’d started running with her high school. She admits that, at first, she found the adjustment difficult. To go from a mindset of “miles, miles, miles” to “stop running so much and trust the gym’s programming” was a challenge. She couldn’t see how a max squat or gymnastics skills would translate to her running goals. And on top of that, the CrossFit body seemed the antithesis of the “runner’s physique” she had been focused on. After three months of going to the gym, she was dismayed to see that the practice seemed to be making her slower in her races—her marathon time went from 3:27 to 3:31. She wanted to throw her hands in the air and give up the idea.

Instead, she decided to trust the process for two more months. And a good thing she did.

Karly also let go of her ties to body image. As she watched her body change with the new workout routine, Karly began to appreciate what her new strength was doing for her overall wellness. It allowed her to give up a false identity of who she thought she was supposed to be and look like and embrace how her body was changing and developing. Not striving for that “runner’s physique” has allowed her to thoroughly enjoy running again “without the false expectations that society puts on women, especially in the running world.”

In November 2020, Karly ran her 100th marathon race. She attributes the longevity of her running career—and her ability to keep running race after race—to her commitment to CrossFit. She is now closer than ever to breaking the 3-hour mark, and she has learned to give herself the grace and compassion to be the athlete she is instead of trying to achieve the image she thinks she should be.

Which has all led Karly to start Running With Muscle, to support people in learning how to love the sport without being tied to the traditional approach of logging mile after mile. Through Running With Muscle, Karly hopes to give people the opportunity to be able to run without injury, honoring who they are and enjoying the sport they love. “Have patience in the process,” she counsels new runners who come to her for advice. “Meet yourself where you are and know that running doesn’t come overnight.”